June 06, 2013
It rained heavily yesterday and it brought me a very unforgettable experience. I came out early from the office that night. On the way home is to pass a mall. Since I was planning to buy a new shoes I pass by inside the mall and bought it. When I was at the exit of the mall, it was raining already that I hesitated to go out but rather stayed inside the mall and had dinner. I was so eager to go home that I even had my dessert to be taken out. When I was in the exit again I noticed that the rain is still pouring heavily. So I decided to wait inside the mall for the rain to stop. When after almost one hour of waiting, I decide that even if the rain did not stop I will try my luck to be able to take a ride and go home. Outside the mall, a lot of passengers are waiting for a ride, but there is no jeepney or taxi. The mall is already closed so I decided to go back to the office since it is near the mall. When I came back to the office the streets are already flooding. Some of my co employees where still in the office because they have to overtime to finish their job and they were already hungry and could not be able to buy food because it is flooding outside. We are stranded by flood. The flood water is already coming in inside the office. We waited for hours just for the flood to subside. It was already 12:30 in the evening that we decided to go home. It was still flooding outside but there was an available tricycle that brought us to not flooding street. From there I was able to ride a taxi and was able to arrive safely     in our house despite the flood in some streets on my way home. I was able to reach our house at around 1:45. Thank Lord for the safe trip. Here is a picture of the flood outside our office. 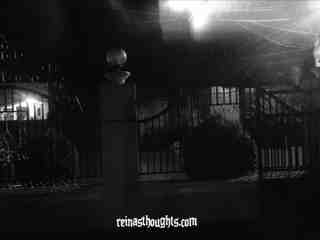 Anonymous said…
Wonderful blog you have here but I was curious if you knew of any discussion boards that cover the same topics talked about in this
article? I'd really love to be a part of group where I can get opinions from other knowledgeable individuals that share the same interest. If you have any recommendations, please let me know. Thanks a lot!

Julie Bolton said…
Wishing Robert Downey Jr. happy birthday on April 4 or other celebrities you like with information from Idol Worth
January 14, 2021 at 2:19 AM

Popular posts from this blog

November 29, 2012
I am officially not enrolled for the second semester in my MBA class. Our request to open first semester subjects was not granted by the registrar. This means that I have a lot of free Saturdays wherein I could leisurely stroll wherever I wanted to go. I would still have to follow up my grades in my academic writing subject where writing research papers had been the final output. I am anxiously waiting for the result of it because I am not confident with the output I submitted.      Since I have no class every Saturday, I do not have to worry any academic reports, assignments and other requirements. My Saturday schedule is very much available for any trips or outings with friends and family. There had been a lot of rejection of invites before because of the conflict of schedule with my MBA class.        Now that I am free from academic activities, this Saturday’s planned schedule to have a road trip to the southern part of the Philippines. I was never been there before and
Read more

January 24, 2014
Thesis writing is now unstoppable. I am now enrolled in in my Special Problem subject and it would the last phase I needed to complete before I could graduate with my MBA degree. When I started out studying again to attain a MBA degree, I was informed that a special problem, maybe it be thesis, feasibility or case study, is needed to be submitted and get the approval of a panel in a defense inorder for the MBA degree to be given. My initial plan is to conduct a feasibility study on any income generating venture and that is it. Since I stopped and was not enrolled for a year, a new curriculum was implemented and thesis was required for submission before I could graduate. Moreover, if two-three students per special problem output is allowed before, today it is by individual wherein one student, one output. It only means I have to do my thesis on my own. I never tried doing a thesis before and my personal perception to it is that it is very difficult. I have tried doing feasibility stud
Read more